Thanksgiving is the Quintessential American Holiday… But Not for the Reasons We Remember. 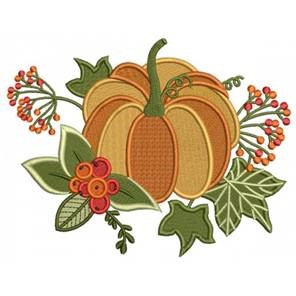 Everyone generally knows that the Pilgrims and the Wampanoags shared a feast in fall 1621, and that early colonial leaders periodically declared days of thanksgiving when settlers were supposed to give their thanks for continued life and-- with luck-- prosperity according to substack.com.

But this is not why we celebrate Thanksgiving.

We celebrate thanks to President Abraham Lincoln and his defense of American democracy during the Civil War.

Northerners elected Lincoln to the presidency in 1860 to stop rich southern slaveholders from taking over the government and using it to cement their own wealth and power. When voters elected Lincoln, those same southern leaders pulled their states out of the Union and set out to create their own nation, the Confederate States of America, based in slavery and codifying the idea that some men were better than others and that this small elite group should rule the country. Under Lincoln, the United States government set out to end this slaveholders’ rebellion and bring the South back into a Union in which the government worked for people at the bottom, not just those at the top.

The early years of the war did not go well for the Union. By the end of 1862, the armies still held, but people on the home front were losing faith. Leaders recognized the need both to acknowledge the suffering, and yet to keep Americans loyal to the cause. In November and December, seventeen state governors declared state thanksgiving holidays. New York governor Edwin Morgan’s widely reprinted proclamation about the holiday reflected that the previous year “is numbered among the dark periods of history, and its sorrowful records are graven on many hearthstones.” But this was nonetheless a time for giving thanks, he wrote, because “the precious blood shed in the cause of our country will hallow and strengthen our love and our reverence for it and its institutions…. Our Government and institutions placed in jeopardy have brought us to a more just appreciation of their value.”

The next year Lincoln got ahead of the state proclamations. On July 15, he declared a national day of Thanksgiving, and the relief in his proclamation was almost palpable. After two years of disasters, the Union army was finally winning. Bloody, yes; battered, yes; but winning. At Gettysburg in early July, Union troops had sent Confederates reeling back southward. Then, on July 4, Vicksburg had finally fallen to U. S. Grant’s army. The military tide was turning.

President Lincoln set Thursday, August 6, 1863, for the national day of thanksgiving. On that day, ministers across the country listed the signal victories of the U.S. Army and Navy in the past year, and reassured their congregations that it was only a matter of time until the United States government put down the southern rebellion. Their predictions acknowledged the dead and reinforced the idea that their sacrifice had not been in vain, as Lincoln himself did just three months later in the Gettysburg Address.

But this is not why we celebrate a national Thanksgiving.

In October 1863, President Lincoln declared the second national day of Thanksgiving. In the past year, he declared, the nation had been blessed.

In the midst of a civil war of unequaled magnitude and severity, he wrote, Americans had maintained their laws and their institutions, and kept foreign countries from meddling with their nation. They had paid for the war as they went, refusing to permit the destruction to cripple the economy. Instead, as they funded the war, they had also advanced farming, industry, mining, and shipping. Immigrants had poured in to replace the men lost on the battlefield, and the economy was booming. And Lincoln had recently promised that the government would end slavery once and for all. The country, he predicted, “with a large increase of freedom,” would survive, stronger and more prosperous, than ever. The President invited Americans “in every part of the United States, and also those who are at sea, and those who are sojourning in foreign lands” to observe the last Thursday of November as a day of Thanksgiving.

THIS is why we celebrate a national Thanksgiving.

Americans went to war to keep a cabal of slave owners from taking control of the government and turning it into an oligarchy. The fight against that rebellion seemed at first to be too much for the nation to survive. But Americans rallied and threw their hearts into the cause on the battlefields even as they continued to work on the home front for a government that promoted the common good.