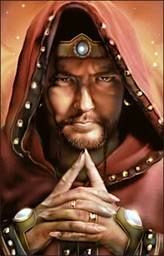 There is a theory that the Celts are descended from one of the ten lost tribes of Israel , the tribe of Dan.

Proponents of this theory on Wikipedia, in historical essays and elsewhere point to various parallels between Irish and ancient Hebrew culture. For example, they note that the harp, the symbol of Ireland , also plays a role in Jewish history, as the musical instrument of King David.

Some maintain that the tribe of Dan, known for its seafaring, conducted sea voyages to Ireland and colonized it as early as the period of the Judges in the 7th century BC under the name Tuatha Dé Danann.

Scholar Janet Moser writes: "There are certain facts that suggest that the Celts might have derived from a Jewish tradition from the East. The Celtic body of ecclesiastical and civil knowledge was Druidism. Their system can be traced to about 1800 B.C...”

In 'The Psalter of Cashel' an ancient text written by Saint Cormac it states that: 'The Tuatha de Danaan' ruled in Ireland for about two centuries, and were highly skilled in architecture and other arts from their long residence in Greece .'

The Tuatha de Danaan were the descendants of Danaus, the son of Belus, who went with his fifty daughters to Argos , the home of his ancestor Io. In Irish legends the Tuatha de Danaan, who were considered to be demi-gods,.were said to have possessed a Grail-like vessel. These teachers of wisdom were the founders of the Druidic priesthood."

Were they connected back to the tribes of Israel ? As part of the kingdom of Israel , the territory of Dan was conquered by the Assyrians, and the Dan were exiled; the manner of their exile led to their further history being lost.

As an alternate theory, according to Jimmy Joe of Timeless Myths, the more traditional Irish legends tell of an invasion of Ireland but by the descendants of Noah!

The Nemedians were children and followers of Nemed. Nemed was a direct descendant of the Biblical Noah, through Japheth and Magog, Noah's son and grandson. According to the Book of Invasions, Magog settled around the Russian Steppes, the kingdom of the Scythians, where later, Nemed would leave, before migrating to Ireland .

After the ruinous war against the Fomorians, the surviving Nemedians left Ireland . Several groups of people were descendants of the Nemedians, including the Firbolgs and the Tuatha Dé Danann.

Fergus Lethderg, Nemed's son, migrated to Alba ( Scotland ) with his son, Britain Máel, whom the whole island was named after.

Semion, the great-great-grandson of Nemed would migrate to Greece, where his people later became known as the Firbolgs. The Firbolgs returned to Ireland after eleven generations after Semion.

Iobath, son of Beothach (Byop-ach) and the great-grandson of Nemed, had also migrated east to the northern islands of Greece , or else to north-east of an unknown location. Iobath was an ancestor of Tuatha Dé Danann, who later returned to Ireland, shortly after the Firbolg migration.

Seimon (shay-mon), the son of Erglan and great grandson of Starn (son of Nemed), was the leader who brought them to Greece. The Firbolgs didn't migrate to Ireland until eleven generations after Seimon.

Five sons of Dela migrated to Ireland with their family and followers, where they divided the whole isle between themselves. However their power in Ireland was short-lived, because they only ruled for 37 years, before Tuatha Dé Danann arrived and defeated them.

Eochaid Mac Erc was the last Firbolg king in Ireland, and he died in battle. Eochaid was married to Tailtiu, daughter of the King of Spain, who was sometimes known as Magmor (though this could be the name of a place). Tailtiu was also the foster-mother of the Danann hero, Lugh Lamfada. One of the great fairs in Ireland was named after her. Lugh held a feast and funeral games after her death.