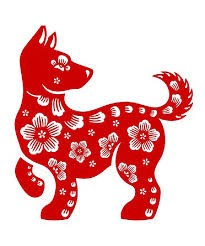 Here's some news that may make you "paws" and reflect from an article from aol.com.

A new study from the University of California San Diego School of Medicine published in the Cell Systems journal has found that one "dog year" is not necessarily equivalent to seven "human years," as has been commonly thought.

Researchers have created a better way of determining how to compare the ages of people and their four-legged friends.

"Since the two species don't age at the same rate over their lifespans, it turns out it's not a perfectly linear comparison, as the 1:7 years rule-of-thumb would suggest," reads a press release on the study.

The scientists say they have a formula that provides a new "epigenetic clock," or a method that determines an organism's age, that takes into account those differing patterns in aging. "Epigentic changes," they write, can offer clues to a genome's age, much like wrinkles on a person.

The research, which focused on more than 100 Labrador retrievers over a 16-year age range, found the animals age quickly when they're young, only for it to slow down as they get older.

"This makes sense when you think about it — after all, a nine-month-old dog can have puppies, so we already knew that the 1:7 ratio wasn't an accurate measure of age," said Trey Ideker, a senior author on the study and a professor at UC San Diego School of Medicine and Moores Cancer Center.

While only one breed was analyzed in the study and more research needs to be done, Ideker believes this new method will apply to all breeds. In the meantime, Ideker says he has a new way of looking at his own pet.

Drew Weisholtz writes, "I have a six-year-old dog — she still runs with me, but I'm now realizing that she's not as 'young' as I thought she was," Ideker said.