How to Plan for Mars Retrograde in 2020 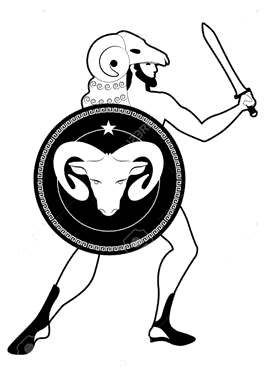 There's a Mars retrograde in 2020 at 15° Aries 14', and that means it's time to put your sex life and career on high alert according to allure.com. This year's Mars retrograde occurs in firey Aries from Wednesday, September 9, to Friday, November 13. During Mars retrograde, our sex lives (and drives) can be affected, along with our ambition. It's especially potent for folks with a lot of Aries placements.

A quick note before we dive in: Astrologers historically use traditional (and frankly, outdated binary gender terms when speaking about Mars and Venus, the two planets whose retrogrades tend to affect our love and sex lives the most. The symbol for Mars is even the "male" symbol, just like the symbol for Venus is the "female symbol." However, it's important to note that all of us contain a mixture of both of these energies. When retrogrades happen, these energies and how we express them in our personal lives can be thrown off a bit — but it's not all hopeless. Here's what you need to know and how to use the retrograde to your advantage.

Mars rules "masculine" traits such as aggression, sex, action, and desire. By contrast, Venus rules "feminine" traits such as emotion, beauty, and love. When the warrior planet goes retrograde, these areas of our life can feel, well, a bit fragile. Sex drives may dwindle. In the workplace, you may feel stagnant and like you lose any inertia you've gained every time you try to move forward. Simply put, Mars retrograde is incredibly frustrating. And because this one occurs in fire sign Aries, a sign ruled by Mars, expect it to be extra challenging. Those of us with many Aries placements may feel especially affected by the retrograde.

Whether it's in your love life or at the office, during Mars retrograde you may feel like you just can't get any momentum. The result is frustration all around, which can lead to pointless bickering. On a good day, the aggression of Mars helps us act assertively to make our dreams come true. But petty fights, lowered sex drives, and a discouraging lack of ambition can also come up during this time.

How can I use this retrograde to my advantage?

Aries is the first sign of the zodiac and the sign in which this retrograde is happening. The signs ruled by Mars (both Aries and Scorpio) love to be first, but Aries, in particular, is stellar at throwing temper tantrums. During Mars retrograde, practice as much self-care as possible, whatever that means to you. Go even easier on yourself than you did during Venus retrograde, and remember that conflict will likely not be productive during this time — instead, what will be productive is introspection.

Lean into your Venusian side right now. Ask yourself if you're happy with your relationships and if you're making progress on your career goals. Use this retrograde to reassess the areas of your life ruled by Mars. Try to plan calm and cute activities for dates, such as making a homemade dinner or watching that documentary that's been on your list forever while cuddling on the couch. Once the retrograde is over, you can put any changes you feel you need to make into action.

How do I deal with all of the uncertainty?

One of the most frustrating feelings that Mars retrograde brings is uncertainty. When your desire drops (whether professionally or personally), you can go from total confidence to questioning everything. Rather than experiencing passion and momentum, you may suddenly feel confused ambiguity, which is as unsexy as it sounds. It sounds corny, but remember that this too shall pass. If you're in a relationship or job that is really working for you but start to question it during Mars retrograde, don't make any major decisions. Instead, use the period to reflect and take action after the retrograde ends.

Anyone who has a partner will typically be asking, "Will my partner and I break up?" during this time. And honestly, you might — but only because that possibility always exists. You can reduce the chances of it helping by taking some time for yourself to breathe and giving space to any situations that might be irritating you. And remember — as Lizzo said, the truth hurts. If you do break up, the relationship wasn't going to last anyway. The cosmos just took care of it for you.