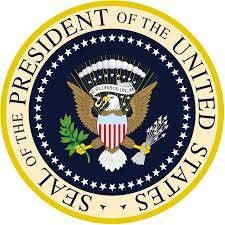 Here are a few interesting factoids about past presidents of the United States from infoplease.com

Presidents Who Were Related to Each Other

Before They Became President...

Twelve presidents were generals: Washington, Jackson, W. Harrison, Taylor, Pierce, A. Johnson, Grant, Hayes, Garfield, Arthur, B. Harrison, and Eisenhower. At the end of the American Revolution, the suggestion that General Washington become king circulated in the Army's upper ranks. Washington reacted strongly against the idea, saying, "no occurrence in the course of the War has given me more painful sensations."

Nine years after leaving the presidency, Taft was appointed chief justice of the Supreme Court. So pleased was he with this career change that he later wrote, "I don't remember that I was ever president."

Barack Obama was our 44th president, but there actually have only been 43 presidents: Cleveland was elected for two nonconsecutive terms and is counted twice, as our 22nd and 24th president.

The most common religious affiliation among presidents has been Episcopalian, followed by Presbyterian.

The ancestry of 42 presidents is limited to the following seven heritages, or some combination thereof: Dutch, English, Irish, Scottish, Welsh, Swiss, or German.

The oldest elected president was Reagan (age 69); the youngest was Kennedy (age 43). Theodore Roosevelt, however, was the youngest man to become president—he was 42 when he succeeded McKinley, who had been assassinated. THE OLDEST LIVING former president was Gerald Ford, who was born on July 14, 1913, and died on Dec.27, 2006, at age 93. The second oldest was Ronald Reagan, who also lived to be 93 years.

The tallest president was Lincoln at 6'4"; at 5'4", Madison was the shortest.

The term "First Lady" was first used in 1877 in reference to Lucy Ware Webb Hayes. Most First Ladies, including Jackie Kennedy, are said to have hated the label.

James Buchanan was the only president never to marry. Five presidents remarried after the death of their first wives—two of whom, Tyler and Wilson, remarried while in the White House. Reagan was the only divorced president. Six presidents had no children. Tyler—father of fifteen—had the most.

Presidents Lincoln, Garfield, McKinley, and Kennedy were assassinated in office.

Assassination attempts were made on the lives of Jackson, T. Roosevelt, F. Roosevelt, Truman, Ford, and Reagan.

Presidents Adams, Jefferson, and Monroe all died on the 4th of July; Coolidge was born on that day.

Kennedy and Taft are the only presidents buried in Arlington National Cemetery.