13 Things You Didn't Know About Penguins 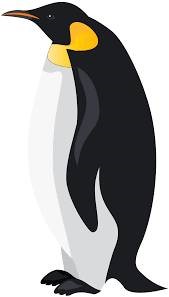 Even people who don't like birds love penguins according to mom.com. They're cute. They remind us of people we know. They also have mating and parenting behaviors we wish for our better selves.

Penguins are also at risk as the planet heats up. If humans don't reverse the effects of man-made climate change, these seemingly well-dressed waddlers will lose their source of nutrition and their habitats. Get to know them a little better with these facts.

All 18 different species of penguins are native only to the southern hemisphere. If you've spotted one up north, you've been at a zoo or aquarium.

They've Been Around a Long Time

Fossils show that penguins' earliest relatives were around a very long time ago. Researchers have dated them from as far back as 60 million years. That means this line of birds was around with the dinosaurs, and even able to survive the dinos' mass extinction. Some penguin fossils show that some species were as big as a human.

They Were Once Believed to Be Strange Geese

The first published accounts of penguins were after Ferdinand Magellan's 1520 voyage, when he circumnavigated the globe. A member of the voyage, Antonio Pigafetta, first saw the penguins around what historians believe is Punta Tombo in Argentina. He referred to them in his reports as "strange geese."

Twice a year, penguins take a break from swimming and eating. One of those phases is when they molt. Their usual feathers keep them waterproof. The other time of the year is when they're breeding and incubating eggs.

They Have 'Crappy' Homes

Some penguins, who live where the ground isn't just made of ice, build their nests in burrows that they've dug in the dirt and within the thick layer of guano (poop) that covers the ground.

They Have Prized Poop

Guano, the droppings of penguins and other seabirds, seals and bats, is a valuable commodity. It's rich in nitrates and phosphates, and is gathered and sold as fertilizer. Penguin colonies were once harvested for guano. And though it has mostly stopped, their habitats suffered long-term damage, because the layer of guano for burrowing into is either missing or too shallow. This has forced some penguins to burrow into soil, but the temperature isn't good for laying and hatching eggs.

They Have Toothless Grins

Despite all their fish eating, penguins don't actually have teeth, although they do sport spikes that point toward their throat. These spikes help them grip fish in their mouths as they nom-nom-nom their way through dinner.

Some penguin species have bright coloring in feathers on the sides of their heads. Researchers looked into these amazing yellows and oranges to understand what gave these feathers their coloring. Unlike flamingos, for example, whose feathers are pink due to the shrimp they eat, the pigment that colors a penguin's feathers are produced by a chemical process unique to these birds.

Except for the damaging effects of man-made global climate change, penguins live relatively safe lives. Therefore, they don't tend to be scared of much. That means tourists can often get very close to them for pictures and contact. That said, too many tourists can result in damage to their habitats and well-being.

They're Bigger Than Toddlers

Among the species, Emperor penguins are the tallest. At nearly 4 feet, they're bigger than many third-graders. The smallest penguins reach only about 16 inches in height.

They Mate for Life

One thing we love to hear about penguins is their fidelity to their lifelong partners. Not all species mate for life, but many do seek out and mate with the same partner, season after season.

They Know Their Kids

Penguin colonies are made up of hundreds—sometime thousands—of penguins living, moving and just hanging out in tight groups. You'd think this would make it impossible for penguin parents to keep track of their chicks. But their hearing is outstanding, and original calls make mother-child reunions no big deal. That's a good thing because chicks only get food from their own parents.

Sometimes, when an Emperor penguin's chick dies, she'll raise another one as her own, basically kidnapping the chick from its biological family.