Here's Why Thanksgiving Is So Late This Year 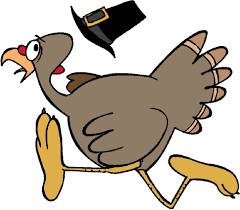 And it's probably not why you expected according to countryliving.com.

Is it just us or does it feel like Thanksgiving is really late this year? There is a reason the holiday is later than usual this year, and it dates back to 1939 when Franklin Roosevelt decided to shake up the tradition a bit in the name of capitalism.

Thanksgiving had been celebrated on the last Thursday of the month since the time of Abraham Lincoln. But, according to TIME, during 1939, the calendar had been unusual, as the month started on a Wednesday, so there were five Thursdays as opposed to four.

To restore some order, Roosevelt moved the national holiday to the second-to-last Thursday of the month (a change that many were unhappy with). Instead of focusing on the negative, Roosevelt attempted to justify his decision with a pro-shopping response: merchants would now have a holiday further from Christmas to allow for more shopping time. In a way, this birthed the consumer craze known as Black Friday nearly 80 years ago.

The following year (1940), the change stuck as the second-to-last Thursday (Nov. 21) was declared the official Thanksgiving Day. In 1941, he reportedly admitted that the switch was a mistake, but because the calendars were already printed with the third Thursday as Thanksgiving Day, it was too late to go back.

Regardless of if Turkey Day snuck up on you or if you're been counting down the days, at least now you have a tidbit of trivia to bust out at your holiday parties.