How Typos And Misspellings Have Changed The English Language 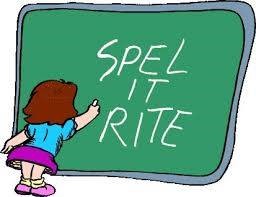 Long ago, written language was sacred according to babbelmagazine.com. Writing was reserved for only the most important texts and ideas, like the Bible or the Magna Carta. Because making books and texts was so arduous and time-consuming, making a typo was a pretty huge deal, and you’d want to double-check punctuation before you finalized your script. This aversion to mistakes has stayed with us in various forms.

Now, anyone can write anything and send it out to everyone with internet access. Everyone writes so much that it’s not worth the time to proofread every text and tweet, and typos are just a part of life. Sure, it’s not hard to find examples online of people being shouted at for using “your” instead of “you’re,” but it’s not as common as it used to be.

What’s even more interesting is that people have started misspelling words and playing with grammar on purpose. In a time where dogs are “doges” and people often leave the g off “-ing” verbs, intentional typos are a new form of communication. Fortunately, there’s a name for this phenomenon: cacography.

What The Frack Is Cacography?

There is a very good chance you’ve never heard the word “cacography” before, and that’s because it’s not used very often. It comes to English from two Greek words: kakos meaning “bad,” and graphe meaning “writing.” So yeah, it just kinda means “bad writing.” More specifically, it’s people spelling things badly for the purpose of comedy.

Cacography is not a new phenomenon. The 19th-century American humorist Josh Billings became famous for writing essays with titles like “Female Eddikashun” and “A Lekture Tew Yung Men Only.” Not the most subtle of jokes, really.

The purpose of this early cacography was to ridicule “uneducated” people with the allegedly funny misspellings. This is tied up in a whole history of grammar proficiency being tied to overall intelligence, and it really doesn’t make for very good comedy when read today. Still, cacography was used by quite a few different essayists in the 19th and early 20th centuries. The way it’s used today, however, is very different.

Modern cacography didn’t start on the internet, but that is definitely where it spread. Twitter is a prime example, because the adherence to Standard English can differ quite a bit from user to user. There are politicians who put out official-looking statements, and then there are the people of “Weird Twitter,” who ignore as many grammar and spelling rules as possible for the purpose of comedy. Here’s one of many possible examples:


3:08 AM - Jun 11, 2011
11.8K
7,070 people are talking about this
Twitter Ads info and privacy
Explaining the joke would probably sound ridiculous, but the comedy lies in playing with the way the word “Pepsi” is spelled. The tweet also capitalizes every word, and uses asterisks to indicate actions, which combines to make the tweet decidedly odd. Not every joke plays with language as overtly as this, but strange spelling and grammar is all part of the Weird Twitter aesthetic.


You don’t need to go to Weird Twitter to see weird spellings though. There are lots of misspellings that are becoming popular among young people, like “thicc” for “thick” and “boi” for “boy.” There is something about these small tweaks in spelling that signal to the reader that what they’re reading is not completely serious. It seems people on the internet have discovered they can get the tone of their writing across just by messing with spacing, punctuation and spelling. On Twitter, where writing space is limited, having these tonal shortcuts is useful.

The best example of cacography on Twitter is probably Jonny Sun, whose name is more accurately stylized as jomny sun. Sun became famous on Twitter for his comedic, kind-hearted and oft-philosophical tweets. Below are a few examples that skew more toward the comedy side.


jomny sun
?
@jonnysun
TREE: [sees christmas tree thru window] who dose he think he is. all dressed up. too good to be outside
ANOTHER TREE: be nice, he is dying

jomny sun
?
@jonnysun
never be sad abot the past. it has alredy hapened and you canot change it. instead, focus on wat truly matters: being sad abot the future


As you can see, the tweets are filled with “typos,” but they are in fact very purposeful. And when Sun decided to write a book based on his Twitter feed — everyone’s a aliebn when ur a aliebn too  — he had to sit down and decide exactly how his misspellings would work. In an interview with PRI, Sun talked about how he often replaces “n”s with “b”s and “m”s, saying, “‘N’ is way more of a common letter than ‘m’ or ‘b.’ You’re not primed to seeing those letters as much, and it makes you slow down. It’s a cute letter, and often a silent letter, too.”

With his misspellings, Sun is trying to create a kind of soft, comedic tone just with his style alone. If he told the same jokes using Standard English punctuation and capitalization, the formality would probably keep you from laughing. Sun is part of a larger culture that is using the language to create a new, informal way of communication.

There are a million other examples of misspellings that have infiltrated the internet. The phenomenon may get passed over as just a fad or as a degradation of the English language, but cacography seems here to stay.

For one last example, we’ll turn to a different social media site: Tumblr. This site is particularly notable because not only are there thousands and thousands of text posts on a range of topics, but also because Tumblr users love to examine their own use of language.

Tumblr user Harley Grant went so far as to write her Master’s dissertation on the topic, which she calls “Tumblinguistics.” In it, she looks at how Tumblr users developed a stream-of-consciousness writing style that eschews punctuation so that it can more closely mimic speech. After all, very few people actually speak in complete sentences, and even fewer speak in paragraphs. By getting rid of the flourishes of written language, young Tumblr users have created a way of writing that sounds much more fluid and natural than, say, the writing in a magazine article.

Teenagers and 20-somethings that have grown up using social media are now forging their own language. How much Twitter and Tumblr communities affect the larger world is yet to be seen, but technology has an undeniable effect on how people write. Misspellings are no longer mistakes, and instead are stylistic choices meant to tell the reader that the writing is informal and sometimes comedic. Yes, you’ll never see a highly esteemed academic paper filled with typos (unless it’s a paper about typos). But for the foreseeable future, mispellings will  b part of how ppl tlk on the internet.