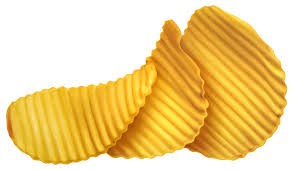 Turns out there is an unusually high concentration of snack-food producers in Pennsylvania according to Dan Nosowitz for Altas Obscura.

The small, central-east pennsylvania town of Hanover is, like much of Pennsylvania, very normal on the surface, and incredibly weird just below.

Hanover, and a few counties surrounding it, is the biggest producer of America’s favorite guilty pleasures. It is tempting to be scornful of any place that calls itself the “capital of the world” of any particular product, but it’s hard to argue with Hanover’s claim on this one: more potato chips (and pretzels, candy, ice cream, and chocolate) are produced over these few counties than anywhere else on Earth.

Pennsylvania leads the country in production of all of these products, and each individual snack has its own fairly standard story of why it came to be so successful in the Keystone State. Pretzels? Well, Pennsylvania has the highest percentage of German-Americans in the US, so isn’t it just logical that the pretzel, a German import, would take root there? Chocolate, well, Philadelphia was a key port in the slave trade, taking on sugar from the Caribbean and manufacturing it a bit west of the city during its booming economic decades. Dairy was and remains a huge industry in Pennsylvania, and the summers are brutally hot, so, sure, ice cream.

As for potato chips, the state’s object of obsession: Pennsylvania’s soil, slightly acidic, combines with an intensely humid climate to create ideal growing conditions for potatoes. This, as with the other snacks, is an adequate explanation, but doesn’t really explain the culture of potato chips, the devotion to mom-and-pop brands, the proliferation of choice in deep-fry fat, flavoring, thickness, sugar content, and even color.

There’s something deeper about what’s going on in York County, Pennsylvania, and throughout the whole state. There is, I think, something in the history, geography, and attitude of Pennsylvanians that makes it possible for both a multinational confectionery company and a 140-year-old potato chip company that barely sells outside of its county to coexist in the same space.

Considering potatoes have been eaten for thousands of years, you’d think someone would have come up with the idea of slicing them thin and frying them in fat quite a while ago. And maybe someone did, but documentation of what we now know as potato chips is surprisingly recent; the first documentation is in 1849, at Moon’s Lake House in Saratoga Springs, New York. The most common story about the invention of the potato chip: a very annoying customer at Moon’s insisted that his fried potatoes were not crispy enough, over and over, until the chef, one George Crum, got fed up and sliced them ridiculously thin and fried the potatoes until crisp all the way through. Instead of feeling owned by Crum’s prank, the customer loved them, and the potato chip was born.

“That’s been pretty well debunked,” says Dirk Burhans, the author of Crunch!: A History of the Great American Potato Chip. But Saratoga was definitely the birthplace of a new trend; at the time, Saratoga Springs was a favorite vacation spot for the New York elite, and somehow, a thinly sliced, perfectly crisp, fried potato did become wildly trendy there around the mid-1800s. For a while, they were called “Saratoga chips.”

“It’s hard to say how we got to Pennsylvania,” says Burhans. “I’ve thought about this a lot, and I don’t know if there’s any one explanation.” Within just a few decades, potato chips became entrenched in east-central Pennsylvania. Good’s, which is still making its old-fashioned chips, started in 1886, and there are many Pennsylvania chip companies dating from the late 1800s and early 1900s.

Today, the potato chip scene in Pennsylvania is not like other places. In most of the country, says Burhans, you go to the supermarket and the chips are mostly Frito-Lay brands—Frito-Lay’s base is in the Southeast—like Lays, Wavy Lays, or Ruffles. Pringles, made by Kellogg’s, are also in the top three sellers. In Pennsylvania, not so much: Burhans did a survey of the state’s supermarkets and found that Frito-Lay led in display quantity fewer than one in 10 times.

Instead you’ll find a vast array of what are essentially local micro-chippers. Kay And Ray’s. Martin’s. Bickel’s. Troyer. Middleswarth. Hartley’s. Gibbles. And the big three of Pennsylvania chips, the only ones that went national: Herr’s, Utz, and Wise. All of them can be found in this one little stretch of Pennsylvania.

The little chippers, satisfied with a consistent audience that doesn’t seem at all swayed by “crispy taco flavored” Lays, often make their chips the same way they always have. Many of these companies, including Good’s, Gibbles, and even Utz, fry at least some of their chips in animal lard. “These lard chips, some of them are incredibly good,” gushes Burhans. Lard-fried chips have a distinctly porky flavor, and Burhans told me that attempts by these Pennsylvania chippers to switch to other oils have failed. Pennsylvanians like the lard chips.

Niche techniques survive. Troyer is the only potato chip maker in the country that grows its potatoes on premises. Utz uses un-rinsed potatoes, which keeps extra sugar and starch on the chips; it’s harder to get them crispy, but if done properly they have a more pronounced potato flavor.

Ever get a mysteriously dark chip in your bag? Those aren’t burned; they just come from a potato with more sugar content, which caramelized and darkened in the hot oil. Kay And Ray’s sells bags with exclusively dark potato chips, just for the chip nuts of Pennsylvania who specifically love the slightly bitter, stronger flavor. Those bags are clear, so the purchaser, who is almost invariably a connoisseur of the crispy potato, can see the specially chosen dark chips.

Other snacks are also weirdly centered in Pennsylvania. The state produces 80 percent of the country’s pretzels, and his home to brands like Snyder’s of Hanover and Auntie Anne’s. The hard pretzel was invented in central Pennsylvania. Ice cream has a long history in Pennsylvania, too: Breyer’s, Mister Softee, the Choco Taco, and Bassetts, which bills itself as the oldest ice creamery in the country, are all Pennsylvanian companies.

Hershey is from Pennsylvania. There are other Pennsylvanian chocolate and candy companies, like Gertrude Hawk, Twizzlers (now a part of Hershey), Reese’s (ditto), Clark Bar, Good & Plenty, Mike & Ike, Hot Tamales, Marshmallow Peeps, and the Whitman’s Sampler, but none of that really matters, because Hershey is based in Hershey, Pennsylvania. Even if none of those other companies existed, Pennsylvania would still be a power player in chocolate.

I do not have an answer for why Pennsylvania is so good at potato chips and other snack foods. But I was born and raised in southeastern Pennsylvania, and I have some ideas.

There is a particular brand of provinciality specific to Pennsylvania that could, I think, lead to distinctive foods like lard-fried dark potato chips. The Pennsylvania Dutch territory, which spans the entire potato chip and pretzel-making belt, is famously insular; this is an area that makes stuff for the people who live there. Up until World War II, a variety of German was the dominant language in this community; they still pretty much police and manage themselves. The extent to which Lancaster and York counties are isolated farmers who call each other “thou” is pretty overstated, at least in 2017, but there’s no denying that there has been a conscious effort by this community to stay separate and take care of itself.

Philadelphia was the country’s wealthiest, busiest, and most modern city until the War of 1812, at which point somebody realized that New York, with actual access to an ocean, makes more sense as a port city. But Philadelphia was still the most populous city in the country, at least for a few decades afterwards, and began to invest inwards: factories, manufacturing plants, foundries. Central and eastern Pennsylvania produced essentials like iron and coal, but with an already-made distribution network to the rest of the country, it made sense to manufacture just about anything. “I think historically speaking, we produced sort of weird, indulgent luxury items,” says Jason Sheehan, the food editor at Philadelphia Magazine. Potato chips weren’t indulgent luxury items for long, but as they became cheaper to produce, Pennsylvania started to struggle.

Philadelphia declined into economic disaster following World War II, New York City and Washington, DC—only two or so hours away—became world powers. My theory is that Pennsylvanians, without access to the same level of cultural interchange through trade and also with maybe a desire to preserve traditions, stuck to their guns. And potato chip companies, making something decadent but now very cheap, could still find a market and thus a way to survive even as the bigger manufacturers went out of business.

Pennsylvania was a target for immigrants, a booming manufacturing and trading zone, until suddenly it wasn’t. And in a lot of ways, that’s allowed culture in the state to crystallize and resist change. Pennsylvania certainly isn’t a static place, but the combination of a large population and consistently high percentage of people born in the state who stay there is unusual. According to 2012 Census data, 74 percent of people living in Pennsylvania were born there. Compare that to other high-population states and you’ll see the difference: only 54 percent of Californians, 63 percent of New Yorkers, and 61 percent of Texans were born in the state in which they currently reside.

“I think you’d be able to find that [tendency to prefer small local brands] everywhere, but Philadelphia just has so much,” says Sheehan. Sheehan has worked as a food critic in several other cities, but Philadelphia, he says, has exponentially more niche local foodstuffs than anywhere else he’s lived. Most regions might have a signature dish, a prized local beer, and that’s about it. Eastern Pennsylvania has dozens, and they aren’t niche to Pennsylvanians. Nobody ever mentions that Utz chips or Snyder’s pretzels, or birch beer or Tastykake or Martin’s potato rolls, are a cool local product. They’re what you buy because they’re what’s available.

That availability is also a key element. Chips are often bought at convenience stores, and Pennsylvania’s convenience store culture is unlike anywhere else. Wawa, in eastern Pennsylvania, and Sheetz, in western Pennsylvania, have what Sheehan describes as a “cult” around them; the devotion to these convenience stores is something no 7-Eleven customer in California or Illinois or Florida would ever experience. And both of those companies are boldly Pennsylvanian, stocking primarily local products. Not with a big sign over them that says “Local,” or anything like that. They just sell the stuff they’ve always sold, to the people they’ve always sold them to.

Unilever and Frito-Lay and Mars do not control Pennsylvania.

Pennsylvania has, despite having two huge cities, many small cities, and the sixth-highest population of any state in the country, remained mostly for Pennsylvanians. That’s my take, anyway.