Earth Day 2018: Everything You Need to Know 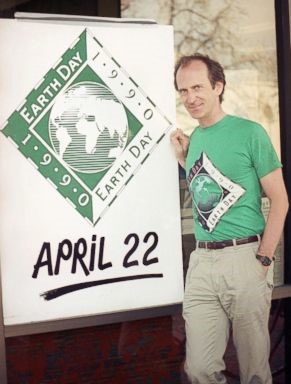 People around the world will come together today to celebrate the planet and to take action to protect it according to abcnews.go.com.

Here's everything you need to know about Earth Day 2018.

When is Earth Day?

This year's event falls on a Sunday.

What is Earth Day and why do we celebrate it?

Various events are held annually on Earth Day across the globe to show support for protecting the environment.

U.S. Sen. Gaylord Nelson, a Wisconsin native, is largely credited for organizing the first Earth Day in spring 1970, a time when it was still legal for factories to spew noxious fumes into the air or dump toxic waste into nearby streams. That's because the U.S. Environmental Protection Agency didn't exist then, and there were no laws to protect the environment.

Twenty million Americans took to the streets on April 22, 1970, demanding action on environmental pollution. That December, Congress authorized the establishment of a new federal agency, the EPA, to ensure environmental protection. The passage of the Clean Air Act, Clean Water Act, Endangered Species Act and many other landmark environmental laws followed soon after, according to the EPA.

Now, more than 1 billion people in 192 countries are estimated to participate in Earth Day activities every year, according to Earth Day Network, a Washington, D.C.-based nonprofit that organizes the event worldwide.

This year's Earth Day is dedicated to providing the information and inspiration needed to eventually end plastic pollution, according to Earth Day Network.

Many of us use or encounter plastic every single day, even if we don't realize it. There's single-use plastics, such as bags, bottles, plates, utensils and straws. But there are also plastics in our electronics, cars, clothes and paint.

So what happens to all this plastic? Some of it gets recycled. But a lot ends up in landfills or is simply littered as plastic pollution, which gets into our waterways.

Plastic is made to last forever -- it cannot biodegrade. Disposed plastic materials can remain in the environment for up to 2,000 years and longer, according to a 2009 article published in scientific journal Chemistry & Biology.

Earth Day Network has called the management of plastic waste a "global crisis."

"Plastic pollution is now an ever-present challenge. We can see plastics floating in our rivers, ocean and lagoons, littering our landscapes and affecting our health and the future of billions of children and youth. We have all contributed to this problem –- mostly unknowingly," Valeria Merino, vice president of Global Earth Day at Earth Day Network, said in a statement.

An estimated 275 million metric tons of plastic waste were generated in 192 coastal countries in 2010, with 4.8 to 12.7 million metric tons entering the ocean, according to findings in a 2015 study led by Jenna Jambeck, an environmental engineer at the University of Georgia.

Recent research commissioned by Orb Media, a nonprofit journalism organization based in Washington, D.C., found that 94 percent of drinking water in the United States and 93 percent of bottled water sampled from nine countries are spiked with chemically-laced plastic particles, many of which have been linked to major diseases.

In recent years, many countries have taken steps to ban bisphenol A (BPA), phthalates and other chemicals from plastics in some products.

"There is a growing tidal wave of interest in ending plastic pollution and some countries and governments are already in the vanguard. Earth Day Network believes we can turn that tidal wave into a permanent solution to plastics pollution," Earth Day Network president Kathleen Rogers said in a statement.

This year, Earth Day Network will mobilize its global network of non-governmental organizations and grassroots groups, as well as local elected officials, faith leaders, artists, athletes, students and teachers "to build a world of educated consumers, voters and activists of all ages who understand the environmental, climate and health consequences of using plastic," according to Rogers.


How can I get involved?

While recycling is important, Earth Day Network says it's not nearly enough to bring an end to plastic pollution.

"You may be lulled into thinking it is OK to consume disposable plastic products because you plan to recycle them, but many plastics can’t be efficiently recycled and will end up in the landfill or littering the planet, even in the most remote places," Merino said. "Also, some localities lack the most basic infrastructure to manage waste and to sort and recycle plastics. For this reason, it is much more important to focus on reducing your own level of plastic consumption."

Here are some suggestions from the Earth Day Network on how to reduce your plastic footprint:

Every time you consider buying a disposable plastic item, ask yourself: Do I absolutely need this? Can I use something else that I already have? Could I buy something that I can use long-term instead?

Pick up plastic trash whenever you see it, especially in ponds, streams, rivers and on beaches.

Wash synthetic clothes less frequently to reduce the amount of microfibers that are released.

When possible, purchase clothing and other items made of natural fibers when possible.

Get involved in local legislation and regulation to reduce and recycle plastics.