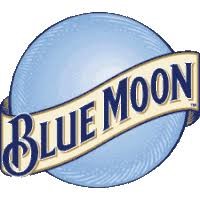 
Tonight presents the second and final Blue Moon of the year according to earthsky.com. By popular acclaim, the Blue Moon is often defined as the second of two full moons to occur in one calendar month. Tonight’s moon is very unlikely to appear blue in color, though, as exhibited by the playful photographer in the above photo.

Two Blue Moons in one year seem to belie the famous statement: Once in a Blue Moon. Yet it is quite rare to have two Blue Moons in the same calendar year. It last happened in 1999 and won’t happen again until 2037.

February is the only calendar month whereby it’s possible for no full moon to take place. February with no full moon last happened 19 years ago, in 1999, presenting a Blue Moon on January 31, 1999, and again on March 31, 1999.

Moreover, if there are 13 full moons in one calendar year – plus a February with no full moon – we can count on an 8th full moon to fall into the lap of another month. Therefore, we have a total of 8 Blue Moons in the upcoming 19-year Metonic cycle:

(Of course, we must emphasize that all these dates are based on Coordinated Universal Time (UTC), and may not necessarily apply to your time zone. For instance, at North American time zones, the year 2075 will actually showcase two Blue Moons but no full moon in February 2075.)