Why Do Golf Balls Have Dimples 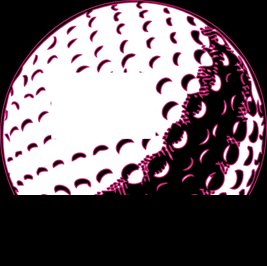 Why DO golf balls have dimples? In this article from WikiHow we findiIt's something that you've certainly seen and felt countless times, but probably have never given a second thought.

Whether you've ever stepped foot on a golf course or not, everybody knows what a golf ball looks like. Those strange dimples encompass the entire thing -- but why? Wouldn't a smoother ball be easier to strike?

Well, early golfers used to think so. They suspected a smoother surface would create less wind resistance, thus enabling the ball to soar further in the air. Wrong!

The reason why golf balls have dimples is a story of natural selection.

Golfers eventually realized that their golf balls were flying further after they were scuffed and even dented. Older balls that were beat up with nicks, bumps and slices in the cover seemed to fly farther. Golfers, being golfers, naturally gravitate toward anything that gives them an advantage on the golf course, so old, beat-up balls became standard issue. By the time 1930 rolled around, dimpled golf balls were the industry standard.

The science behind it? Dimples help lift the ball by forcing air downward. It's that simple!

At some point, an aerodynamicist must have looked at this problem and realized that the nicks and cuts were acting as "turbulators" -- they induce turbulence in the layer of air next to the ball (the "boundary layer"). In some situations, a turbulent boundary layer reduces drag.

The usual golf ball today has between 300 and 500 dimples on it -- but there's no rule or regulation limiting that number.