Let the Stars Guide Your Bookshelf 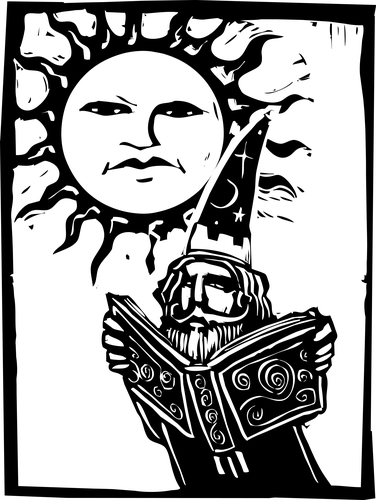 In a fun article from purewow.com we get a glimpse at how you can let the stars guide your bookshelf.

If you believe in that sort of thing, your zodiac sign says a lot about you: What you’re good at, what you’re not so good at, how you are in bed, yada yada yada. But we were curious about what it means for our reading preferences. Without further ado, the next book you should pick up based on your astrological sign.

The Divergent Series by Veronica Roth

Driven and extroverted, the spontaneous and bold Aries will love The Divergent Series, about a post-apocalyptic Chicago where citizens are divided according to their personalities. Heart-pumping adventure abounds.

H Is for Hawk by Helen Macdonald

The Taurus is grounded, practical and reliable. Macdonald’s beautiful memoir about her experience raising a feral hawk in the wake of her father's death speaks to the Taurus’s vast appreciation for the natural world.

All the Light We Cannot See by Anthony Doerr

Geminis are curious, clever and not afraid to juggle multiple tasks at once, making Doerr's Pulitzer Prize-winning novel about a French girl and German boy in occupied France during WWII a perfect fit for their quick and constantly working mind.

Is Everyone Hanging Out Without Me? By Mindy Kaling

Cancers crave reassurance and can be kind of emotional, but are self-aware enough that it doesn’t come across as needy. They'll deeply relate to Kaling’s hilarious memoir about fitting in and finding success.

Gone with the Wind by Margaret Mitchell

Passionate, powerful and at times unpredictably fiery, Leos will get sucked into a dramatic read like Mitchell’s vast Southern epic, which will keep the creative and theatrical lion entertained with like-minded characters (oh hi, Rhett Butler) and frequent symbolism.

Shy and analytical, Virgos don’t typically see themselves in lovable, fan favorite protagonists. That’s what’s so refreshing about Rowling’s Hermione, a textbook Virgo whose pragmatism and loyalty made her one of the most beloved literary characters of all time.

On Beauty by Zadie Smith

The thoughtful Libra will appreciate the intertwined stories of two families living in a fictional, Cambridge-like city outside Boston. And her inner diplomat will delight in the constant back and forth, love-hate relationship between the competitive but friendly Kips and Belseys.

The Cuckoo’s Calling by Robert Galbraith

This gripping mystery, written by J.K. Rowling under a penname, is just what the observant and resourceful Scorpio needs. Stubborn and suspicious, the Scorpio will follow along with the investigation of a model's suicide (or was it murder?) with a passionate need to uncover the truth.

The High Mountains of Portugal by Yann Martel

The typical Sagittarius is kind and generous with a need to travel and be outdoors. She’ll appreciate Yann Martel’s latest, a calm, philosophical and at times very funny novel about how best to deal with grief and loss.

The Queen of the Night by Alexander Chee

Chee’s sweeping new novel about a Parisian opera singer in glitzy 19th-century Europe is mesmerizing and old-fashioned--a perfect fit for the disciplined, serious and traditional Capricorn.

Independent and imaginative, the humanitarian Aquarius will get sucked into Ishiguro’s fantastic and deeply moving sci-fi novel about children at a boarding school under very strange circumstances.

How to Be Both by Ali Smith

Smith’s twisting novel toggles between two perspectives, a girl in contemporary England and an Italian Renaissance artist. The imaginative Pisces will adore Smith's creativity in creating these beautifully musical stories.